UJAM has announced the release of its new audio plugin Finisher Voodoo, a creative guitar effect custom-designed for all sorts of guitar sounds, real or virtual, electric or acoustic, direct or amped. Voodoo creates a world of organic, distorted, spicy, colorful, magical and dark textures, often with an element of surprise, adding limitless possibilities to […] 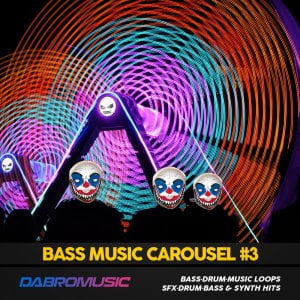 Dabro Music has released the third volume in the Bass Music Carousel series of sample packs, delivering a fresh batch of loops, one shots, MIDI files and sampler patches. We continue spin carousel at 150 beats per minute. Like previously we have prepared a lot of inspiring content for you. Experiment with samples without borders, […]

Nembrini Audio has announced the release of the 8180 Monster Tube Guitar Amplifier, an effect plugin that offers a modern and rich high gain tone ideal for the most aggressive rock and metal genres. Nembrini Audio has carefully modeled the fabulous tone of the original 120-watt all tube American guitar head still used today by […] 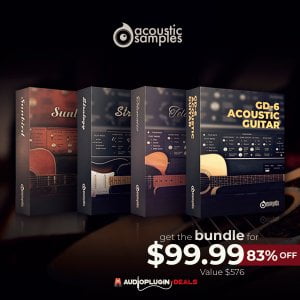 Audio Plugin Deals has launched a sale on the 4-in-1 Guitar Bundle by Acousticsamples, offering over 80% off on the collection of 4 virtual guitar instruments for the next two weeks. The bundle comprises GD-6 Acoustic Guitar, Strategy, Sunbird and Telematic V3. These are some of the world’s best guitars and are available at an […]

The post Save 83% on Acousticsamples 4-in-1 Guitar Bundle, on sale for $99.99 USD appeared first on rekkerd.org. 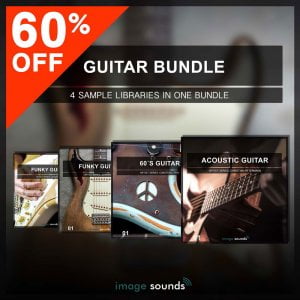 Loopmasters has released the Guitar Bundle by Image Sounds, a collection of 4 guitar sample packs at a 60% discount. The bundle comprises Funky Guitar Vol. 1 and 2, Acoustic Guitar Vol. 1, and 60s Guitar Vol. 1, for a total of 1,883 guitar loops. Always loved songs like “Le Freak” and “Kiss”? Then Funky […]

Overloud has announced the release of two new rig libraries for its TH-U custom guitar amp and effects suite. Choptones Brit 800ZW comes with 129 rigs. Brit 800ZW is the TH-U expansion library, created by Choptones, seeking to recreate the sound of a Marshall JCM800 2203ZW Zakk Wylde. Basically it is a normal 2203, so […]

Plugin Alliance has welcomed Fuchs with the release of two guitar amp plugins in native formats. Developed by Brainworx and officially endorsed by Fuchs Audio, these plugins expertly capture all of the nuances and tube-powered tone shaping of these legendary amplifiers. The Fuchs Overdrive Supreme 50 stands out at everything it does. From crystal clear […] 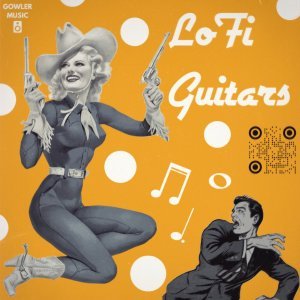