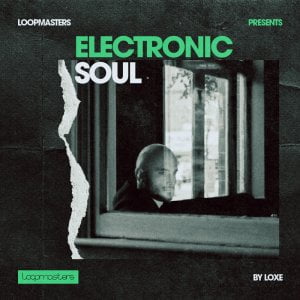 Loopmasters has released its sample pack Experimental Techno, a brooding and sinister collection by purveyor of forward-thinking electronic music, Sam KDC. The full extent of Sam’s sonic palette is on display, as atmospheric and mysterious as it is dark and weighty. Experimental Techno shows off Sam KDC’s 128bpm skillset, with emphasis on depth of field […]

Spitfire Audio has announced the release of London Atmos, the next title in its LABS series of free and easy to use software instruments. Taking inspiration from Musique Concrète, Jon Hopkins and Burial, Spitfire engineers Harry and Jess took to the streets of London with a Sennheiser MKH418 to capture the spirit of the capital. […]

It’s the Detroit-Croydon connection. But for innovative electronic dance sounds, you really don’t want to miss James Ruskin – either his new EP or the refreshed Bandcamp page for Blueprint Records.

First, out today, you get a new James Ruskin EP – and it’s brilliant, worth the five year wait from the last one. This time, we’ll get a second solo Ruskin by the fall, plus something new on 12″ from the always-excellent Truncate, all on Ruskin’s stalwart Blueprint Records (founded back in the storied 1990s with (Richard) Poison.

I mean, blah blah, techno is dead, nothing new is happening, I can’t hear you over this track, just for example –

Yes, techno is perhaps overly driven by influencers and Instagram accounts, except I can’t really think of anything intelligent to say other than “go hear it.” Maybe I should work out my wardrobe and just tell you that from Instagram and adapt to the times.

You can have it today on vinyl – still in stock at Decks for a slim 9 bucks:

But don’t stop there, as it appears the full Blueprint Bandcamp page has gotten a refresh, chock full of re-released back catalog. Also this week is this lovely collab with Mark Broom:

And then Blueprint just goes on and on from there, from Samuel Kerridge and Surgeon, whose St. Petersburg sets last weekend are part of the reason CDM news has been a bit slow on the road this week, to Lakker and O/V/R and (obviously) Sigha. Have at it then. It’s summer (for one hemisphere), and music is still endless joy (for everyone, I hope).

Reality Broadcast Off, the influential UK techno artist’s first solo EP since 2014’s Nan Nife,
has three tracks that find Ruskin in the sort of deep techno mode of
Ostgut Ton peers like Marcel Dettmann, who played “Disaffection” on a recent mix for BBC Radio 1. The EP will come out on Ruskin’s long-running label, Blueprint Records, on July 19th.

Blueprint also has two more releases in the works. A second solo Ruskin EP is scheduled for this autumn, followed by a new Truncate 12-inch. More details will follow soon.

What better way to celebrate the solstice and Make Music Day / Fête de la Musique than with 100 hours of all the all stars from Warp Records?

There is some serious stuff in this lineup:

And then the guests:

What better way to celebrate the solstice and Make Music Day / Fête de la Musique than with 100 hours of all the all stars from Warp Records?

There is some serious stuff in this lineup:

And then the guests:

April is a generous month for fans of unusual Ukrainian compilations – now having covered new braindance from the country, we’re directed by readers to another set, giving a tour of experimentalism and electronic composition.

Flaming Pines is a wonderful label for experimental music, also setting up its virtual home on Bandcamp, that last best hope for underground digital downloads and physical releases. Check their full catalog for adventurous sounds from 9T Antiope (great stuff) to Kate Carr (seriously, just go give those a listen). The label, a transplant from Sydney to London, has also taken on a number of tours of experimental electronic scenes in far-off locales, including a gorgeous Iranian compilation called Absence, and up-and-coming Vietnamese avant garde in Emergence.

It’s not so much exoticism the label seems to find as threads connecting kindred spirits. And now, having plumbed the depths of mystical sound in Ukrainian duo Gamardah Fungus, the label brings back half of that duo to curate a selection of sounds from that motherland. Igor Yalivec is the guide here, leading us in just twelve tracks to some highlights of established compositional voices and younger contributions alike. Igor you’ll also find showing off modular musicianship as a solo artist in addition to working in the duo:

Guitar and electronics yield magical metallic timbres like a lucid dream, in the work of Gamardah Fungus – some potent brew of remembered folklore and time-warped futurism. It’s Slavic spirit ambient, but always inventive – modal melodies tensely wandering about layers of tape and sound:

So this was a perfect starting point for Kaleiodoscope. That leads to Alla Zahaikevych (aka Zagaykevych) – her work spanning traditional concert music training, historical folk singing technique (with over a decade singing in an ensemble dedicated to the practice), and founding the Electronic Music Studio of Kyiv’s National Music Academy of Ukraine. I can’t think of many composers covering that many directions in a single career worldwide, making her a leader on that stage as well as in Ukraine.

But thinking in generations or separating academy from disreputable underground – it’s fitting that we cross those borders freely now. So it’s an easy step to a younger artist like Motorpig, a visceral, dark project spanning techno, industrial, and experimental veins – and things that are none of those, but rather ambient, undulating merry-go-rounds of texture. (Been a while since there was new Motorpig, so I’m up for any new track):

To come full circle, understanding the reason for this journey out to Ukraine, it’s worth hearing the terrifically nuanced sound world of Flaming Pines’ own Kate Carr. These are ambient soundscapes that breathe and ache, as precarious and fragile as evidently the artist was recording them – “sliding about in freezing mud on steep inclines.” And maybe that’s what this is all about – music that invokes deep spirits and puts itself in positions of extreme difficulty, all to catch fleeting moments of beauty.

So the compilation promises great things – like this utterly chilling vocal composition by Alla Zagaykevych, some evidently convolved, ghostly sound that seems to be about to blow away like frost:

The art, at top, also comes from Ukraine – artist Alina Gaeva. I look forward to the compilation coming out on April 22 – but there’s plenty of link holes to drain our PayPal accounts on Bandcamp in the meantime.

And all of this makes a nice contrast to that naive nerdy braindance business from a couple of days ago. Previously, on “there’s a lot of really cool music from Ukraine on Bandcamp now and it’s worth dropping doing other things to talk about it”:

From Ukraine, a compilation to resist normality and go braindance

“Play your KORG volcas with bits of metal instead of your fingers” isn’t one of the Oblique Strategies, but maybe it ought to be.

Sometimes all you need for some musical inspiration is a different approach. So My Panda Shall Fly took a different angle for a session for music video series Homework. Since the volca series use conductive touch for input, a set of metal objects (like coins) will trigger the inputs. Result: some unstable sounds.

I mean, maybe it’s just all part of an influencer campaign for Big Coin, but you never know.

My Panda Shall Fly is a London based producer covering a wide range of bases:

And he’s done some modular loops. We’ve seen him in these here parts before, too:

Artists share Novation Circuit tips, with Shawn Rudiman and My Panda Shall Fly

Complex music conjures up radical, fluid architectures, vivid angles – why not experience those spatial and rhythmic structures together? Here’s insight into a music video this week in which experimental turntablism and 3D graphics collide.

And collide is the right word. Sound and image are all hard edges, primitive cuts, stimulating corners.

Shiva Feshareki is a London-born composer and turntablist; she’s also got a radio show on NTS. With a research specialization in Daphne Oram (there’s a whole story there, even), she’s made a name for herself as one of the world’s leading composers working with turntables as medium, playing to the likes of the Royaal Albert Hall with the London Contemporary Orchestra. Her sounds are themselves often spatial and architectural, too – not just taking over art spaces, but working with spatial organization in her compositions.

That makes a perfect fit with the equally frenetic jump cuts and spinning 3D architectures of visualist Daniel James Oliver Haddock. (He’s a man with so many dimensions they named him four times over.)

NEW FORMS, her album on Belfast’s Resist label, explores the fragmented world of “different social forms,” a cut-up analog to today’s sliced-up, broken society. The abstract formal architecture, then, has a mission. As she writes in the liner notes: “if I can demonstrate sonically how one form can be vastly transformed using nothing other than its own material, then I can demonstrate this complexity and vastness of perspective.”

You can watch her playing with turntables and things around and atop turntables on Against the Clock for FACT:

And grab the album from Bandcamp:

Shiva herself works with graphical scores, which are interpreted in the album art by artist Helena Hamilton. Have a gander at that edition: But since FACT covered the sound side of this, I decided to snag Daniel James Oliver Haddock. Daniel also wins the award this week for “quickest to answer interview questions,” so hey kids, experimental turntablism will give you energy!

The conception formed out of conversations with Shiva about the nature of her work and the ways in which she approaches sound. She views sound as these unique 3D structures which can change and be manipulated. So I wanted to emulate that in the video. I also was interested in the drawings and diagrams that she makes to plan out different aspects of her performances, mapping out speakers and sound scapes, I thought they were really beautiful in a very clinical way so again I wanted to use them as a staging point for the 3D environments.

I made about 6 environments in cinema 4d which were all inspired by these drawings. Then animated these quite rudimentary irregular polyhedrons in the middle to kind of represent various sounds.

Her work usually has a lot of sound manipulation, so I wanted the shapes to change and have variables. I ended up rendering short scenes in different camera perspectives and movements and also changing the textures from monotone to colour.

After all the Cinema 4d stuff, it was just a case of editing it all together! Which was fairly labour intensive, the track is not only very long but all the sounds have a very unusual tempo to them, some growing over time and then shortening, sounds change and get re-manipulated so that was challenging getting everything cut well. I basically just went through second by second with the waveforms and matched sounds by eye. Once I got the technique down it moved quite quickly. I then got the idea to involve some found footage to kind of break apart the aesthetic a bit.

Of course, there’s a clear link here to Autechre’s Gantz Graf music video, ur-video of all 3D music videos after. But then, there’s something really delightful about seeing those rhythms visualized when they’re produced live on turntables. Just the VJ in me really wants to see the visuals as live performance. (Well, and to me, that’s easier to produce than the Cinema 4D edits!)

But it’s all a real good time with at the audio/visual synesthesia experimental disco. 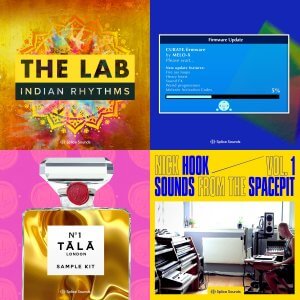