A lost work by minimalist composer Philip Glass has been found and restored, after 50 years, and is getting its world premier as a recorded work. Music In Eight Parts was performed a handful of time in 1970, but the manuscript was lost for decades. It was recently found and put up for auction at… END_OF_DOCUMENT_TOKEN_TO_BE_REPLACED

This video captures an arrangement of the Opening from Glassworks, by composer Philip Glass.… END_OF_DOCUMENT_TOKEN_TO_BE_REPLACED

While the piece is one of a collection of piano works by Glass, Pugh’s arrangement highlights the form and voicing using different synthesizer sounds.… END_OF_DOCUMENT_TOKEN_TO_BE_REPLACED

Before it reverted to Internet age-blandness, American kids’ TV enjoyed a golden age of music, scored by oddball indie composers and legends alike.

And, wow, it could even teach you about synthesis.

Perhaps the most famous of thesse moments is when none other than Suzanne Ciani went on 3-2-1 Contact in 1980 to step inside her studio:

Fred Rogers of Mister Rogers’ Neighborhood fame was actually a composer before going into television, and the show’s deep commitment to music education reflected that. That music was generally of the acoustic variety, but he did one day tote a rare ARP Soloist synthesizer along with his trademark shoes and handmade sweaters – and his message and song about “play” might well be an anthem for us all.

Canadian-born composer Bruce Haack made an epic appearance on that same show in 1968, where he demonstrated a homemade electronic instrument. Haack himself as as prolific a composer of far-out sci-fi music for children as he was (much darker) experimental compositions and psychedelic works. The best all-time “Fairlight CMI on a kids’ program” (because, amazingly, there’s been more than one of those) – Herbie Hancock, Sesame Street, 1983. Herbie keeps a terrific sense of cool and calm that all kids’ shows could learn from in this day of cloying, sugar-sweet patronizing programming:

Synths were all over vintage Sesame Street, often providing sound effects as in this oddly hypnotic Ernie puzzle:

Steve Horelick, the composer behind Reading Rainbow, showed off his Fairlight CMI and how digital sampling worked. (I have vivid memories of watching this as a kid – sorry, Steve.) Steve apparently came up at a time when Fairlight ownership was rare enough to get you gigs – but a good thing, too, as a whole generation still sings along with that theme song. And you probably got a second educational gift from Steve if you ever followed one of his brilliant video tutorials on Logic.

Even better than that is Reading Rainbow‘s synesthesia 3D trip – John Sanborn and Dean Winkler’s Luminaire, which was made for Montrea’s Expo ’86, to music by composer Daniel “No, I’m not Philip Glass” Lentz.

Better video of the actual animation and music, which – sorry, Mr. Glass, I actually kind of prefer to Glassworks:

Somehow this looks fresher than it did when it was new.

Oh yeah, also, apparently Jem and the Misfits imagined an audiovisual synth in 1985 that predicts both Siri and Coldcut / AV software years before their time. Plus dolls should always have synthesizer accessories:

Apart from education, there’s been some wildly adventurous music from obscure (who’s that?) and iconic sources (the Philip Glass?!) alike.

For a time, an experimental music Tumblr followed some of these moments. Here are some of my favorites.

And yes, trip out with a composition by Philip Glass written especially for Sesame Street:

You can read the full history of this animation on Muppet Wiki,

More obscure, but clever (and I remember this one) – from HBO’s Braingames (1983-85), evidently by a guy named Matt Kaplowitz.

Not growing up in the UK, I’d never heard of Chocky, but it has this trippy, gorgeous opening with music by John W. Hyde:

American composer Paul Chihara’s 1983 score for a show called Whiz Kids is hilariously dated and nostalgia-packed now. But the man is a heavyweight in composition – think Nadia Boulanger student and LA Chamber Orchestra resident. He has an extensive film resume, too, which now landed him a position at NYU:

From Chicago public access TV, there’s a show called Chic-A-Go-Go, which in 2001 hosted The Residents.

But The Residents were on Pee-Wee, too:

Absurdly awesome, to close: “The Experimental Music Must Be Stopped.” This one comes to us from 2010 and French animation series Angelo Rules:

Glass is receiving the award for his ‘groundbreaking contributions to music and composition. One of the most prolific, inventive, and influential artists of our time, he has expanded musical possibility with his operas, symphonies, film scores, and wide-ranging collaborations.’… END_OF_DOCUMENT_TOKEN_TO_BE_REPLACED 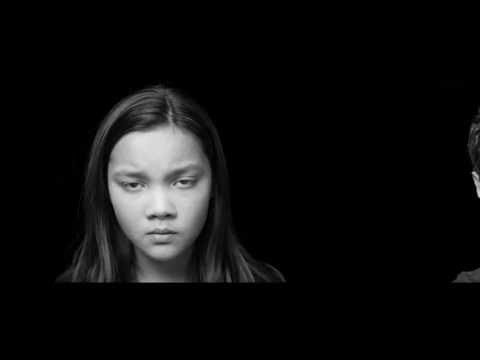 Speaking of futuristic instrumental design, the Eigenharp – an instrument that looks like the bassoon was redesigned by Vulcans – brings two big developments with its appearance this week in the Bay Area of California. First off, if you’ve doubted its utility in musical practice and you’re a fan of American minimalism, we’re treated to it covering the music of Philip Glass’ landmark Koyaanisqatsi. Geert Bevin, Eigenlabs’ Senior Software Developer, explains how he did it:

The vocals are done through the DPA microphone that’s clipped onto the breath pipe and plugged into the Eigenharp Alpha. It uses the built-in Eigenharp Alpha pre-amp and is routed through a series of Audio Unit effects in EigenD for pitch shifting, stereo spreading, EQ and
compression. I’m monitoring directly from the headphone output of the Eigenharp Alpha with my Etymotic ER-4P earphones.

The single instrument cables carries all the information, data and audio, in both directions.

Geert has good news for those who hope to modify the software, or see it become a platform on which other instrumental innovation can happen. As originally promised, key components of the software are now covered by the GPLv3. It’s not the whole software stack, but I think it’s the stuff that most matters. Full details:

I can imagine this will open up some new possibilities for the Eigenharp’s dedicated band of players to mod the instrument for their own needs. But players, I’d love to hear from you – does the GPL here matter to you? Will you be able to dig into the code, or know someone who could? (Or want to try to motivate developers to do so?) 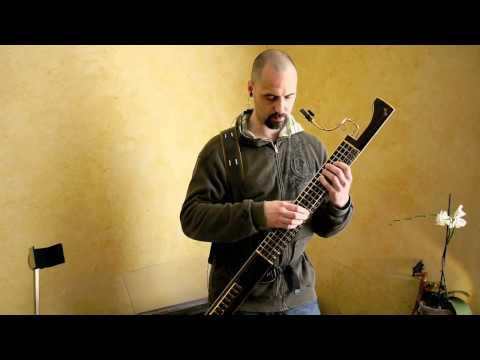