McDSP has announced the latest addition to the APB hardware product line, the APB-8 Analog Processing Box. The APB-8 is an eight (8) channel version of the APB-16, with identical functionality and capability. The McDSP Analog Processing Boxes (APB-16, APB-8) combine the flexibility of software with the fidelity of premium analog processing. Each channel can […]

Sure, we’re inundated with stay-at-home music messages at the moment. But Arturia has one of the biggest menus of offerings – and crucially, they also teach us how to use their stuff. That’s worth an extra check-in.

Free: As I’ve mentioned before, iSpark is free on iPad and a nice little drum machine through April 30 – that’s Thursday, so act quick. Pigments (desktop plug-in) is an all-in-one synth with an unlimited trial through July, and Analog Lab is free in the same time period, for preset access and basic controls from the V Collection.

SYNTH ANATOMY has done an iSpark tutorial for you iPad users:

Pigments I think CDM readers will especially like, in that you get FM, wavetable, sampling, and virtual analog in a single instrument. There are a handful of plug-ins gunning for that territory at the moment, but it does have its own unique spin on the all-in-one notion, and all of the ingredients of Arturia’s software stable. You could do a lot of damage with it between now and July – and if you really decide you like it before May 7, it’s 50% off now.

50% off: There’s 50% off any individual software, effect, or sound pack lasts through May 7, so you’ve got about a week left:

Now, you might actually want to pass on these deals in certain circumstances, just because Arturia’s bundle pricing is so aggressive.

I’ve been using a lot of this stuff myself, so my own humble opinions (to take as you will):

On the synth side: V Collection 7 (that’s v the letter, as in virtual, so “vee collection seven”) will run you 499EUR but split payments are available, and you get 24 instruments. That’s a lab-sized museum full of instrument models.

If you wanted to focus on one historical synth model, I’d pay particular attention to the Buchla Easel V or the [Moog-inspired] Modular V. Either of those at 74EUR is a deep instrument and a solid investment. I’m also personally partial to the newer Synthi V and CZ V – especially that last one, as Casio’s synth history hasn’t gotten near enough love in general, and the modulation and effects options Arturia added make it a deep workstation.

On the effect side: The effect bundle is now pretty irresistible at 399EUR – I’ve been using it the last weeks, and it’s probably one of the best effects deals on the market, even when compared to subscription offerings. Happily this is no longer divided into the “XX You’ll Actually Use” line-ups, but rather one reasonable bundle that gives you anything.

That said, for 49EUR each, a little focus is not a bad thing, creatively or budget-wise. Any one of the filters offers some sequencing options, so it’s down to which flavor you like. Compressors, delays, too, are really a matter of preference in color and interface.

And reverb – well, I think a plate reverb is pretty indispensable, so out of this whole 50% sale, the Rev PLATE-140 is pretty much a must-buy if you don’t have an EMT in your collection. It’s impressed a few friends here who have some other recreations. And including this vintage plate in your arsenal is just one of those things – it can be hugely useful both for really short delay times and light application all the way up to cavernous, wet, long delays.

If you do have a go-to EMT, the next-best must-by may be Arturia’s unique Rev INTENSITY. The combination of a digital reverb with envelope follower, filter, and sequencing and modulation is something really special.

All of these have big skeuomorphic interfaces, which I know not everyone loves. But they increasingly do provide some useful visual feedback – especially on the INTENSITY, which uses that real estate with some purpose.

Okay, deals are one thing – but the main thing is, now is a great time to actually learn to use the stuff. Skill development is a good place to turn even on days when you might not feel as creatively inspired. (Plus, a couple hours in “school” mode, and if you’re the kind of person who doodled on the side of your homework, you may find that creativity returning!)

Arturia have been both hosting live workshops and posting tutorials. You’ll find all of that on their page, too, but I want to draw particular attention to a few items.

Tomorrow Thursday at 6PM Central European Time (that’s noon east coast USA, 9am west coast), you get a run-down of the DrumBrute Impact. That instrument has a really unique sound and tons of playable features, but a stupidly low price. Since it isn’t a clone of something else, you get something different in your tracks. And its user interface is from our generation, rather than the 1980s. Bryan at Arturia will show it off; I’ll be in my studio with mine tuning in to see what he demonstrates:

The Pigments workshop is also don’t-miss since the software is free through mid-summer. Or, well, I missed it, but – time delay, it’s a thing.

There’s a playlist of more tutorials, too:

The MicroFreak is one of the more interesting instruments on the market at the moment, packing a ton of sound and functionality into a small, economical package. So you’ll want to check in on this sound design tutorial:

(You might well find some even better deals on a MiniBrute, so there’s a tutorial on that, too.)

I am right now figuring out what to do with the KeyStep Pro that just arrived, but it offers a lot of power for us keyboardists – especially having waited for this functionality to migrate over from the BeatStep Pro to something with actual keys on it. There are a few short tutorial/demos on that, as well, which gets especially interesting for performance.

But wait – there are no audiences! Well, “performance” is just as relevant when jamming in the studio and improvising in tracks, even if I leave out that whole “streaming” thing.

Lastly, if you make stuff with any of these tools, or learn some specific techniques, we’d love to hear about it.

Hey manufacturers / users – I know a lot of you are doing this, too, especially while we’re all avoiding going out. So if you’re a gearmaker and want to make sure CDMers don’t miss your stuff, do get in touch. And users, if there’s anything you’re keen to see, let us know that, as well. 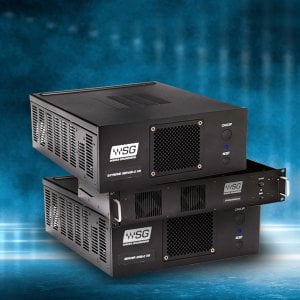 Waves Audio has announced Native processing support for its Waves SuperRack next generation of plugin processing software for live sound and broadcast engineers. Native mode lets you run Waves plugins on the CPU power of your Windows/Mac computer, using any ASIO/Core Audio interface, without a SoundGrid server connected. Use SuperRack Native and Waves Dugan Automixer, […] 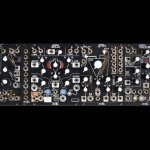