Pulsar Novation has released the Lunar Lander audio effect plugin, a 3-in-1 combo virtual pedal featuring a bucket-brigade analog delay, three lush plate reverbs and true tube saturation. Primarily designed to tame your aggressive analog synthesizers to sit in the mix, but you will find it working well with just about any other sound source. […]

Plugin Boutique has announced the limited time Singomakers Plugin Bundle, a collection of 4 audio plugins at 60% off the regular price. For a limited time only, upgrade your music production toolset with four creative and useful plugins from Singomakers. The Singomakers plugin bundle features a transparent EQ, warm analogue-style saturator, powerful kick drum enhancer […] 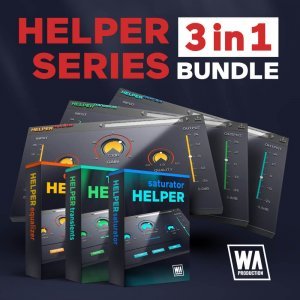 W.A. Production has introduced the new Helper Series 2 collection of three audio effect plugins with an introductory discount of nearly 90% off the regular price. The updated plugins come with a new GUI, presets manager, Catalina and Pro Tools / AAX compatability, and some minor bug fixes. Helper plugins are designed to be a […]

FabFilter has announced a major update to its award-winning Saturn multiband distortion and saturation plugin. Saturn 2 sees a top-to-bottom redesign of the Saturn interface for even greater ease of use and visualization, as well as a host of new features and improvements, including 12 new distortion styles, a radically overhauled and expanded modulation system, […]

Initial Audio has announced availability of its new audio plugin Boost X, a dynamic and smart saturation/overdrive effect that is designed to make any sound warmer by adding extra harmonics. Many other Saturation/Overdrive plugins use a static (stateless) algorithm that doesn’t change depending on the audio passed through. These effects rely on a gain boost, […] 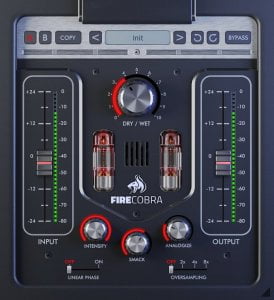 Plugin Boutique has launched a sale on the FireCobra audio plugin by United Plugins, an analog saturation and tube effect. FireCobra combines the accuracy of the digital world with the live randomness of the analogue. Behind its simple user interface, there’s more technology than meets the eye. FireCobra intelligently analyses the audio signal and makes […]

The post FireCobra saturator effect by United Plugins on sale for $55 USD appeared first on rekkerd.org. 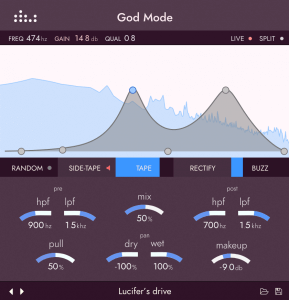 Denise has launched its new audio plugin God Mode, introducing a new push-pull technology that gives you full control over what frequencies to saturate and distort. God Mode features a node EQ graph and linear phase filters that allow for unlimited options to shape the coloration of your sound. The God Mode makes use of […]

W.A. Production has released its new audio plugin Punchy Worm, a one-knob punch and saturation effect with a dancing worm. At W.A. Production they’re serious about music and over the last few years, they’ve created many top-quality plugins with finely tuned controls and pro studio features. But sometimes they just like to go a bit […]

Audified has released its new audio effect VocalMint Saturator, an easy-to-use single knob vocal saturator with powerful processing hidden under the hood. Most one-knobs do one thing and one thing only: they linearly mix in a certain effect to your track. However, VocalMint runs the track through its virtual signal chain and tunes multiple parameters […]