FeelYourSound has announced an update to the XotoPad MIDI multi-touch software for Windows. Version 2.9.0 includes custom colors for pads, ghost mode, additional toggle groups for toggle pads and more. XotoPad turns any Windows tablet into a flexible MIDI instrument controller. It can be used both in the studio and while traveling. XotoPad is especially […]

Steinberg has announced the availability of Dorico SE, an introductory version of its advanced music notation software, that is completely free to download and use. It is the ideal starting point for beginning composers and arrangers, and is fully compatible with the other products in the Dorico family. Dorico is widely acknowledged as the innovative […]

At the 2020 NAMM Show, Avid is debuting a wide range of powerful tools and solutions in music, composing, audio post and live sound for creatives at every stage of their career. Highlights in Avid’s booth will include major updates of its flagship Pro Tools and Sibelius creative tools, control surfaces for any size venue […]

EarMaster has announced that its best-selling app for music theory and ear training practice is now available on iPhone, alongside iPad and desktop versions. EarMaster is a music theory training App for musicians of all skill levels playing any instrument. It offers thousands of exercises to improve one’s music theory skills. Exercises cover ear training, […]

Ampify has presented its exciting new Ampify Studio music creation software available for Windows and Mac via Ampify’s beta programme. Ampify has focused on designing a platform that is accessible to new music makers, whilst allowing more experienced creators to rapidly sketch out ideas. Users can make great-sounding music in seconds, regardless of their experience […] 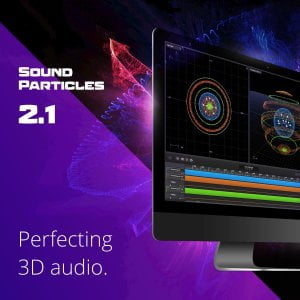 Sound Particles has announced the release of an update to its immersive 3D CGI-like application for film, TV, VR and game audio production. Introduced in 2015, Sound Particles offers unique and efficient workflows, increasing creativity and reducing the time needed to create and record complex sounds in virtual 3D environments. Since its release just over […]

Chordmaker, arpeggiator on steroids, harmonic processor – CHORDimist is another of the powerful Max for Live tools for composition.

I figured yesterday’s blitz of Max for Live news would bring out something I missed. Chris Hahn pointed us to this one, by South Korean-based developer Leestrument.

It’s a chord generator, but it’s also really an advanced arpeggiator / MIDI harmonizer, with modes for firing off, sustaining, or arpeggiating harmonies. Add in lots of parameters for direction and variation – both of the chords themselves and how they’re played – and you have a sophisticated MIDI effect.

CHORDimist is US$49 and requires the latest Max for Live, meaning you want Live Suite 10.1 or greater (or an equivalent Max for Live license).

Plugin Boutique has announced an exclusive flash sale on the Syntorial training software by Audible Genius, offering 40% off regular for a few days only. Syntorial doesn’t just show you how synth programming works. It engages you in 129 Interactive Challenges in which you have to program patches on a built-in synth. You aren’t just […]

Take live audio in, slice it up, reshuffle it, manipulate it, all beat-synced – SliceShuffler is a new Live slicer-dicer, for just a few bucks.

I’ve covered developer J74’s stuff before. (J74 is the Max-developing alias of Fabrizio Poce.) This one looks really special, though.

The basic idea is, you take a live input, toss it in a buffer, and then slice and re-sequence and transform the sound, all as you play, synced to the clock. It’s intended particularly for use with rhythmic materials, but it’s potentially interesting for almost anything.

And since we’ve seen this basic idea in Max for Live devices before, what sets SliceShuffler apart is an elegant interface and a ton of features. This is a seriously nice wishlist of stuff crammed in there:

– Free slice re-sequencing of the captured audio buffer.
– Tempo synchronized, with up to 32 steps (32 beats, 2 bars of buffered audio)
– Probability sequencing lanes to add variations and evolutions over time.
– Sequenced-slice can independently be reversed, muted and/or panned.
– Slice direction can be sequenced with probability of variation.
– Parameter Locking: it can sequence any parameter in Ableton Live
– Drive gain & compressor at the output stage (for overdrive and saturation).
– Snapshots: save and recall snapshots, also for mixing during performance (hitless recall)
– Performance functions: randomize, freeze, shift, reverse. All possible in real-time

The developer says it’s performance-oriented – all those features and snapshot morphing and such can be done as you play. There’s an undo you can use even live in performance, too.

You’ll need Live 10.1.x or later to support this, and as with Max for Live Devices generally, either Live Suite or a suitable Max for Live license. It’s a 12EUR purchase.

And some video guides:

Get push-button access to your favorite stuff in Ableton Live with this clever Max for Live tool.

Continuing our new year look at some of the coolest Max for Live stuff, flowstate has come up with a tool that lets you map anything in Live’s Browser. If you find yourself frequently using the same instrument, effect, sample, or whatnot, you can now map those to keyboard or MIDI.

The solution is a combination of MIDI Remote Script with Max for Live Device. And it works with almost anything – devices, sounds, third-party plug-ins, basically anything except Live Packs (which don’t support this mapping).

The package is name-your-price, with a £5 minimum.

The developers says instructions and an example set are included, plus 64 button slots pre-mapped to all of the internal Live Suite stuff (MIDI Effects, Audio Effects, and Instruments), including 5 user slots (or remap the whole thing as you wish).

It’s overkill for me personally, but I imagine it could be really useful to some. And it shows some of the potential of using the Live API and MIDI Remote Scripts to customize Live, so I imagine it might inspire other ideas, too.

The post Map anything in Ableton Live’s Browser to MIDI, keyboard with Max for Live appeared first on CDM Create Digital Music.