Native Instruments has responded to our request for more clarity on recent layoffs and how this impacts their future plans. Other sources tell us there have been deep cuts into teams managing products, marketing, and design.

As I wrote late last night, NI has publicly stated they’ve cut 20% of their workforce. I should clarify that that number represents the layoffs executed just on Thursday of last week. Multiple sources have confirmed additional layoffs over the summer push the number closer to at least 150 rather than 100. This includes a leaked departure of the existing desktop TRAKTOR team in July, and additional product owners and designers, including the previous Director of Design.

This isn’t entirely a shock, though the scale and concentrated timing may be. It does seem cuts at NI were a long time coming. Native Instruments has a massive and complicated array of products, many of them now legacy products, and an over-complicated structure around them – both from a marketing and organizational standpoint. I think it’d be tough to find anyone to disagree with that, even in a week when people’s emotions are riled up by watching major layoffs.

And this isn’t just about the business – there’s a direct line to your experience using the products. If NI has too many products and a complicated organization that makes it hard for people to work together, that impacts users. It means it’s tough to execute new ideas and make the tools you use better.

It also stands to reason that even in any significant reorganization means staffing changes and cuts. The questions customers and partners might ask then is – why these cuts, why so deep, why now, and what’s the plan going forward?

The picture I’ve gotten from Native Instruments officially is convoluted. NI says they’re working on an integrated platform, but the cuts have hit UI, UX, design, and engineering, and late in the apparent timeline for whatever project that would be. We’re also now in year three of NI’s push to get us to think about services, but we’re not much closer to understanding what that’s supposed to mean than when we started. Here are some landmarks in that timeline:

August 2018: Adell is out as Chief Digital Officer. (I believe this role also is eliminated at the same time.)

The Thursday round of layoffs are part of a string of changes through 2019, many as high as Director level – including, to be fair, some hiring as well as firing. The main question I had is, beyond CEO / co-founder Daniel Haver and Chief Innovation Officer / President Mate Galic, who is running the new product effort, now that existing leadership of Traktor and Komplete are gone and the Chief Digital Officer is almost a distant memory.

That person appears to be Nicholas Goubert, who has this year gone from VP Digital Services to VP of Products to – as of this month – Chief Product Officer. Streamlining the organization under a single product leader instead of separating digital/services from the organization at least makes sense. It means NI is realigning themselves as a services-driven company.

The obvious parallel would be to a company like Adobe, although while Adobe offers extensive services, it has kept a bunch of complex product teams and silos. In fact, that parallel itself may be apt – Adobe’s complexity reflects the fragmented and specific needs of designers. Musicians are even more particular, which speaks to the difficulty of this process. (And… I’m not sure all of you are entirely in love with Adobe, either.)

The business of being NI is selling stuff to us music makers, though, so – what service? Do we want it?

NI’s responses don’t give me a much more solid grasp of what they have in mind or how they intend to execute it. (And as you see in the timeline above, they’re effectively announcing the business structure in September 2019 that delivers the services they first talked about at the start of 2017.)

But they at least confirm that they’re not exiting hardware or the DJ market, contrary to rumors, and that the future services are intended to connect to products you use now. Note that saying “we’re committed to Komplete” doesn’t also mean something like Reaktor. Those silos actually appear to remain. I’d be optimistic about something like Reaktor, which powers tons of sounds and products.

So I don’t think you should panic about any major products, based on what we’re seeing here. I can also confirm that some core teams are unaffected – like NKS. And for at least one vision of where NI intend to go, even if it’s one that’s been out for a while, NKS’ idea of integrating sounds, control, software, and hardware across an ecosystem of partners is definitely one glimpse:

Here are official answers from NI to CDM:

CDM: If Native is building a new platform, why were resources cut?

NI: Our new organization aims to break down functional and brand silos that have developed over time through the continuous expansion of our portfolio. Given our broad spectrum of products and the overlap between roles, it means that certain areas of product development are affected more than others by the redundancies. In the past, we have simply been doing too much at the same time and this strategic change as well as internal remapping of talent will allow us to move forward in a more effective and collaborative way.

With the focus on a platform strategy, do users need to be concerned about support for and investment in existing products?

We are fully committed to our existing brands Komplete, Maschine and Traktor. The reason why we are focusing on a platform strategy is actually to improve the experience for all users of our products. We strongly believe that by improving accessibility and usability of our portfolio, we will be able to provide an enhanced and more cohesive experience, both for existing and new customers. Rather than releasing more and more products, we want to ensure that users are getting the most out of our current products through a connected and unified experience.

Creating deeply integrated experiences between hardware and software remains at the core of our vision. However, we want to deliver more value to users of our hardware by implementing new features in the software that will allow for a better overall experience of our ecosystem.

What about the future of Traktor?

We continue to be fully committed to our DJ platform Traktor and its passionate users. Also within the DJ domain, we are focusing on improving the software experience, building on the creative and modular legacy of Traktor for both desktop and mobile. Supporting this, we are also continuing to evaluate the right accompanying hardware products. In fact, Traktor users can expect a new hardware controller this year.

Okay, so the most we can come out of this is, Traktor hardware and products remain. The leaked firing of the Traktor desktop team suggests that future Traktor products will take a different form, and won’t be based on the legacy Traktor codebase (which is what powers Traktor 3).

Other than that, we mostly have to wait.

I wish the new teams at NI the best. Before the layoffs, I’d heard from the current Metapop team, wanting to show what they’re working on. And with SoundCloud failing to deliver innovation for creators, and Alihoopa dead (the Propellerhead-created online music making service, later spun off), there’s a vast space for someone to show a way of using social features for music making.

However, I can only echo the overwhelming buzz I’m hearing from the larger community. Large layoffs are unsettling, not only because of the people lost, but because of the presumed disruption to the organization. Some talent in music tech is very specific – and the departure of these 150+ NI employees over recent months has competitors eager to hire. (Behringer went as far as posting their headhunting call publicly; other companies – inside and outside this industry – are being a bit more discreet.)

For now, what Native Instruments are announcing is mainly layoffs, not products. Their main job now, to regain trust after a shaky end to this summer, would be to turn that begin to say how this relates to the people who rely on them.

I know a lot of you are deeply invested in this company – some even in your businesses as partners as well as in your music making careers or passions. I’ll do my best to keep you informed.

The post Where is NI headed? Some official and unofficial answers appeared first on CDM Create Digital Music. 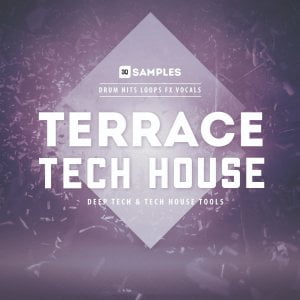 3Q Samples has announced the release of its new sample pack Terrace Tech House, a powerful set of tools for your Tech House and Deep Tech productions. The pack is inspired by the Italian & UK Tech House scenes. Taking elements from Labels such as La Pera, Resonance, Stereo Productions, Deeperfect & the sounds of […] 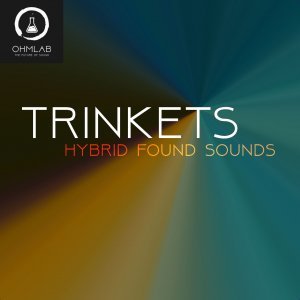 OhmLab has announced the release of its latest sample pack Trinkets, a curated collection of high-quality layered and combined found sounds. We’ve layered and combined sounds you may have never even considered using in music before, ranging from everyday household items to specialized mechanical tools and even included some junk yard oddities to keep things […] 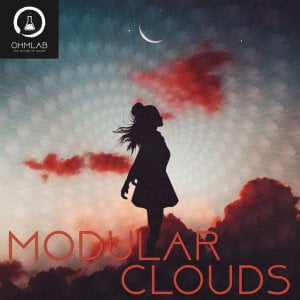 OhmLab has announced the release of its new sample pack Modular Clouds, a stellar new modular synth loop collection. It’s a heady trip into the world of modular synthesis and the space between music and memory. A dusty collection of once-shiny bleeps, bloops, rumbles, tweets, chirps, stabs, thumps, sweeps and noise that instantly transport us […] 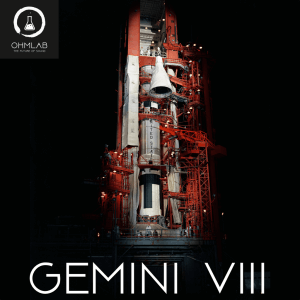 OhmLab has announced the release of its latest sample pack Gemini VIII, collection of dialogue samples from space. Definitely worth checking out if you’re into space stuff and NASA recordings. They have restored the audio from the famed mission turned space emergency for you to preserve and use creatively in your music, 100% royalty free. […] 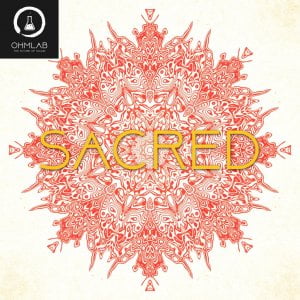 OhmLab has announced the release of a new sample collection called Sacred, available exclusively through Native Instruments and OhmLab. The word Sacred means different things to different people. Some ancient, some just born into existence. One thing most folks can agree upon is that the idea of sacred transcends the everyday. This collection of memorable […] 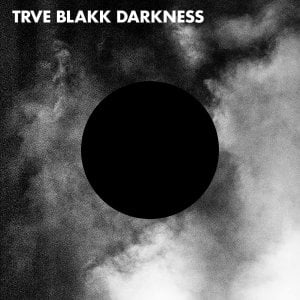 The Solos has announced the release of Trve Blakk Darkness, a new sound pack available on Sounds.com. We’re doomed to present you an epic library filled with the blackest sounds from the Norwegian forests. A dark adventure across the plains of Valhalla. A terrible exercise in human sacrifice, inspired by the blackest of metal. Produced […] 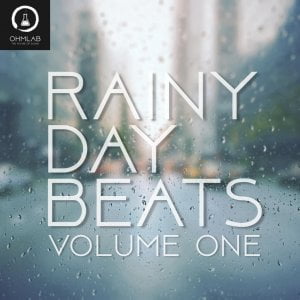 OhmLab has announced the release of its new sample pack Rainy Day Beats Vol. 1, exclusively available through Native Instrument and the official OhmLab website. Rainy Day Beats Vol. 1 is a collection of loops and one-shots any beat maker would love to have in their sonic arsenal. You will enjoy the soothing textures, warped […] 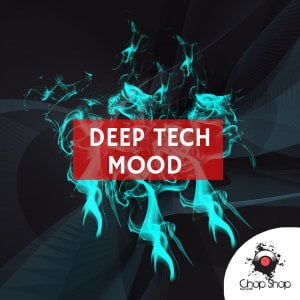 OhmLab has just announced an exclusive partnership with Sounds.com, bringing real-time syncing to both Maschine and Komplete Kontrol users. OhmLab has been a pillar in the Native Instruments community for the last decade, providing some of the most popular samples, presets, virtual instruments and training available. Now you can discover and use their sounds easier […]

The post OhmLab partners with Native Instruments and Sounds.com appeared first on rekkerd.org.