Toontrack has announced the release of the Latin Cuban Drums EZX, a new expansion for EZdrummer 2 and Superior Drummer 3, featuring drums recorded by drummer Robby Ameen and engineer Dave Kowalski at Sear Sound Studios in New York. While rhythm may be the heartbeat of most genres, in Latin music the pulse and the […]

Toontrack has announced the release of the Beats of Berlin MIDI pack, a collection of drum MIDI grooves inspired by the amazing width of music that made Berlin a music capital of the world. This collection of MIDI celebrates the awesome legacy of the timeless music associated with Berlin. It was inspired by the grooves, […]

Toontrack is offering discounts of up to 67% off regular on two expansion packs this weekend. On sale for 25 EUR, the Post-Rock EZX, a drum expansion with kits fit for anything from the most subtle, open soundscapes to explosive outbursts and crescendos. The Post-Rock EZX, combined with the powerful framework of EZdrummer 2, gives […]

Toontrack has announced the release of a new drum expansion pack titled The Rooms of Hansa SDX, a massive collection of drums captured in the four different rooms of the Hansa Tonstudio. Notable Hansa recordings include albums by David Bowie, Iggy Pop, Marillion, Depeche Mode, U2 and R.E.M. The Rooms of Hansa SDX features drums […]

The post Toontrack’s latest SDX was recorded at the iconic Hansa Studios appeared first on rekkerd.org.

Played by drummer Darby Todd, Toontrack’s new Drum Beats MIDI pack features drum grooves for a wide range of styles that are suitable for any type of diverse songwriting or composition. In much of modern music, the drums are not about intricate grooves or elaborate drum solo-like fills – they’re rather about serving as a […]

Toontrack has launched its latest expansion for EZdrummer 2 and Superior Drummer 3 titled Kicks & Snares EZX, bringing a massive selection of kicks, snare and mix-ready presets. The new EZX is suitable for anything from custom kit creation and sound replacement to acoustic/organic, modern pop, hip-hop, ambient and electronic. Regardless of genre or style, […]

Toontrack has launched a flash sale on The Classic EZX expansion pack for EZdrummer and Superior Drummer, offering 75% off regular for 24 hours only. With The Classic EZX, Toontrack Music is merging the best of the past and the present to bring your music to the forefront of today. The Classic EZX is a […]

The post Get Toontrack’s Classic EZX drum expansion for $19 USD, today only! appeared first on rekkerd.org. 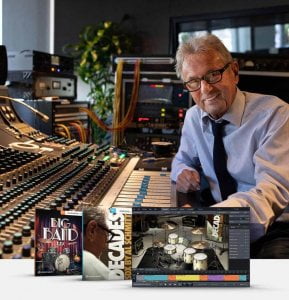 Toontrack has announced the release of the much-anticipated Decades SDX, a sound library expansion for Superior Drummer 3 recorded at legendary Capitol Studios by one of the most prolific audio craftsmen of our time: Al Schmitt. With a career that took its start in the mid-’50s and with 727 recordings, 160 gold/platinum albums, 23 Grammy […]