Riley’s pioneering electro-acoustic music of the 1960’s influenced musicians like Pete Townshend of The Who and classical composers like Steve Reich alike.… END_OF_DOCUMENT_TOKEN_TO_BE_REPLACED

This video captures a performance of Terry Riley’s In C on Eurorack modular synthesizer.… END_OF_DOCUMENT_TOKEN_TO_BE_REPLACED 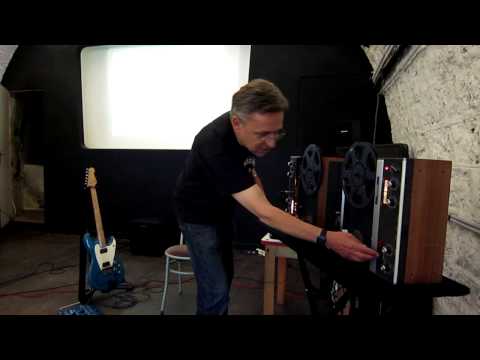 Introduction to Frippertronics was uploaded by: veloopity
Duration: 1009
Rating: 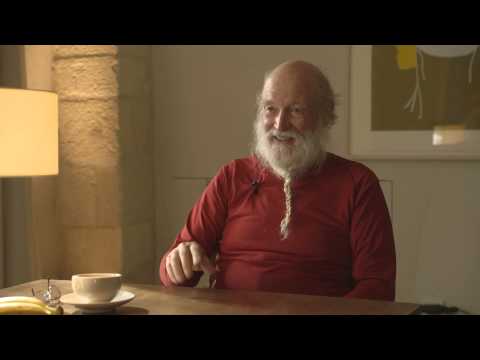 Erased Tapes was an endlessly inspiring label in 2014. With a singular, understated focus on quality and music orbiting the keyboard, the acoustic, and minimal post-classical introspection, they were a calming counterpart to the year’s steroid-pumped festival commercialism. And first and foremost, they were about records — not fancy design accessories, not “throw everything at a wall and see what sticks” experiments in distribution. (There’s a place for that, yes, but a record label about records was nonetheless refreshing.)

And Nils Frahm was a consistent star amidst all of this, a favorite live performer cutting across genres, wrangling keys electronic and strung. Mr. Frahm, having topped various 2014 lists, is off on an even-bigger 2015 tour.

And that’s why we kept crossing paths, from a deep dive into a possible future of the acoustic grand with Nils Frahm to hosting and meeting the innovative Greg Gives Peter Space.

So, it’s fitting to share as our first mix of 2015 a free mid-winter compilation that brings together some of the best, most delicate, most dream-inducing music of the label’s current releases.

Here, there’s the label’s unmistakably intimate approach to the grand piano, in immaculate, living room-cosy recordings. And there’s also the sense of electronic chamber music in the more ambient and wired synthesized outings, too. Putting them all together, you feel the computer and synthesizer (analog or digital) have been invited into that chamber with the piano and strings. This is popular classic music in the age after minimalism and generated sound.

It’s all capped off with Clark’s masterful remix of Nils Frahm, which launches all that acoustic craft into digital space – your easy chair and all the comforts of home in the latest rock shuttle to Andromeda. (The just-released Clark and Greg Gives Peter Space cuts alone are worth surrendering your contact information to grab the free download.)

So, let’s gorge ourselves on these treats.

Lest you expect CDM is going all-acoustic-piano here, watch Kiasmos’ beautiful video for Held, a visual etude in fog and smoke by director Michael Zoidis:

Kiamos, the ideal collaboration forged between Ólafur Arnalds and Janus Rasmussen, is now touring a new AV show and is also a 2014 highlight release for me.

A Winged Victory for the Sullen, with their clouds of gorgeous ambience and joining Stars of the Lid’s Adam Wiltzie with composer/pianist Dustin O’Halloran, is another 2014 stand-out:

A Winged Victory for the Sullen Boiler Room… by brtvofficial

If you haven’t managed to find Nils Frahm live, the Boiler Room performance gives a solid impression of how he works:

Over Christmas, he also gave us a rendition of the epic Terry Riley masterpiece ‘In C’:

Nils Frahm & Stargaze (In C by Terry Riley) from NilsFrahm on Vimeo.

Before triggering clips and samples on the computer, Pantha du Prince and The Bell Laboratory “trigger” the musicians.

Yes, before there were machine clips, there were human patterns, and in performing Terry Riley’s legendary classical new music composition “In C,” the ensemble has to do just that. In a beautiful chorus of chiming tones, that orchestra is augmented with digital embellishment.

The result makes for a live performance that expands the role of the computer into a large-scale instrumental ensemble, venturing into territory perhaps not as often associated with Ableton Live as genres like dance music are. But Ableton has lavished attention on electronic composer Pantha Du Prince and his ensemble in a series of videos that amount to a complete documentary on the work and how it was produced.

Ableton’s film begins with the artist side, and in fact less discussion of the gear. (I’ve heard people chattering about that lately, and pleasantly surprised that this isn’t an in-your-face promo video.) But let’s do a bit of gear spotting anyway, just to parse how the setup works. In the “cockpit” of Hendrik’s computer rig arrive feeds from all the instruments for sampling, looping, and effects, plus a couple of contact mics for adding close-miked sounds of hand percussion. These are routed through hardware effects (delay, reverb), and then sampled and looped in Ableton, which is in turn controlled by an APC and MPD hardware controller. The full rig:

But the real stars here are the acoustic instruments. Microphones bring you closer to the delicate sounds, but this is otherwise timbral design in the world of physical sound. I actually had the pleasure of wandering the Drum hall for a few minutes at Musikmesse with Dave Hill, Jr. of iZotope, himself a talented drummer (and Ableton veteran) – thanks for that, Dave. We spent some moments handling cymbals and talking about their design. Coming from the realms of code and electronics, there’s something comforting about discussing the hammering of metal (and at least I’m not entirely inexperienced there, having played in a gamelan ensemble for some years).

Here’s the music video for “Spectral Split” with The Bell Laboratory:

And the piece Photon:

And from four years ago, the artist talks to Rough Trade Records whilst touring Teufelsberg, the abandoned US listening installation in Berlin.